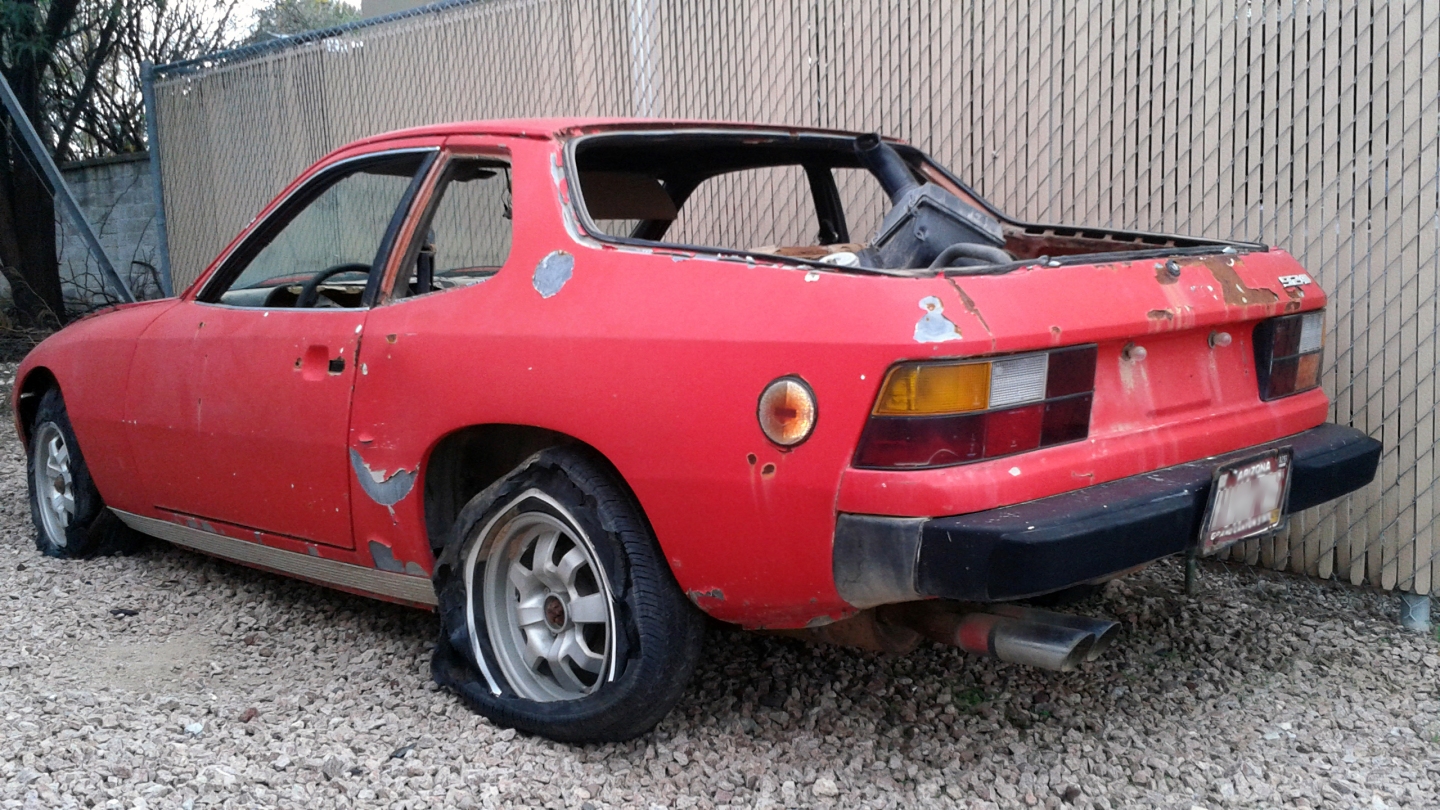 The rear quarter view of one ratty Porsche 924 that had been left out in the desert for 30 years. 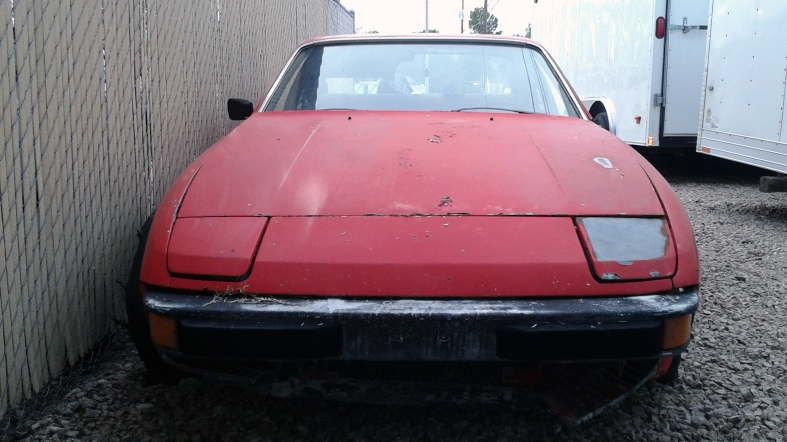 Yep, I paid money for this junk. And believe it or not, I actually pulled good parts off the car. The rear hatch glass was in excellent condition – possibly replaced at some point. The rear windows were in great shape, though the window rubber literally crumbled under my fingers as I pulled them from the car.

This 924 had been off the road for over 30 years. And inside, it smelled like dusty death. Desert dirt was embedded deeper than I thought possible into everything, even in the hard plastics. I found obvious signs of a mouse nest, including tons of droppings, and even a partial snake skin. But it was nearly rust-free! 🙂

I sat inside this dust devil for two hours removing parts. Because of the moisture being held by the rear seat, there was this brown damp crust on my jeans that would not come off without two washes and a ton of bleach. The clapped out 924 had shat upon me.

The car had been repainted at some point, and pretty well too. It was originally copper, as seen inside the doors. The tires were shredded, completely degraded from thirty years in the sun. And every lense on the car was cracked or broken completely. Oddly, the wheels were in almost perfect condition (the tires were not). 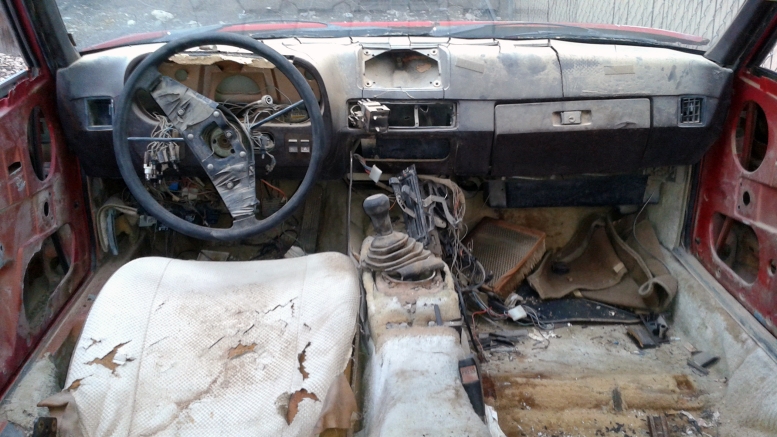 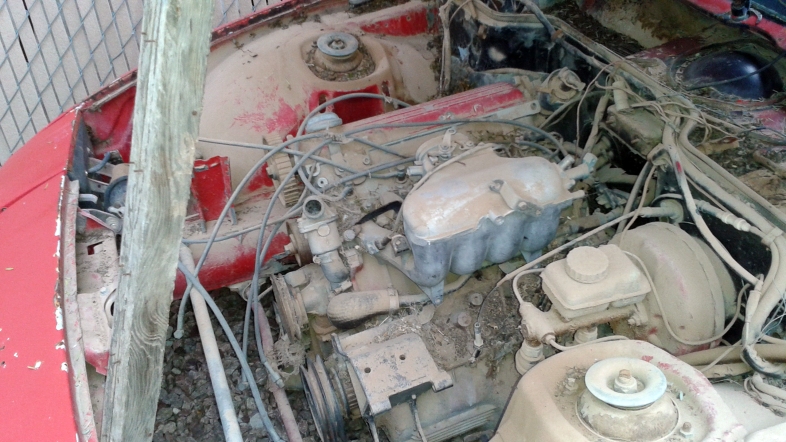